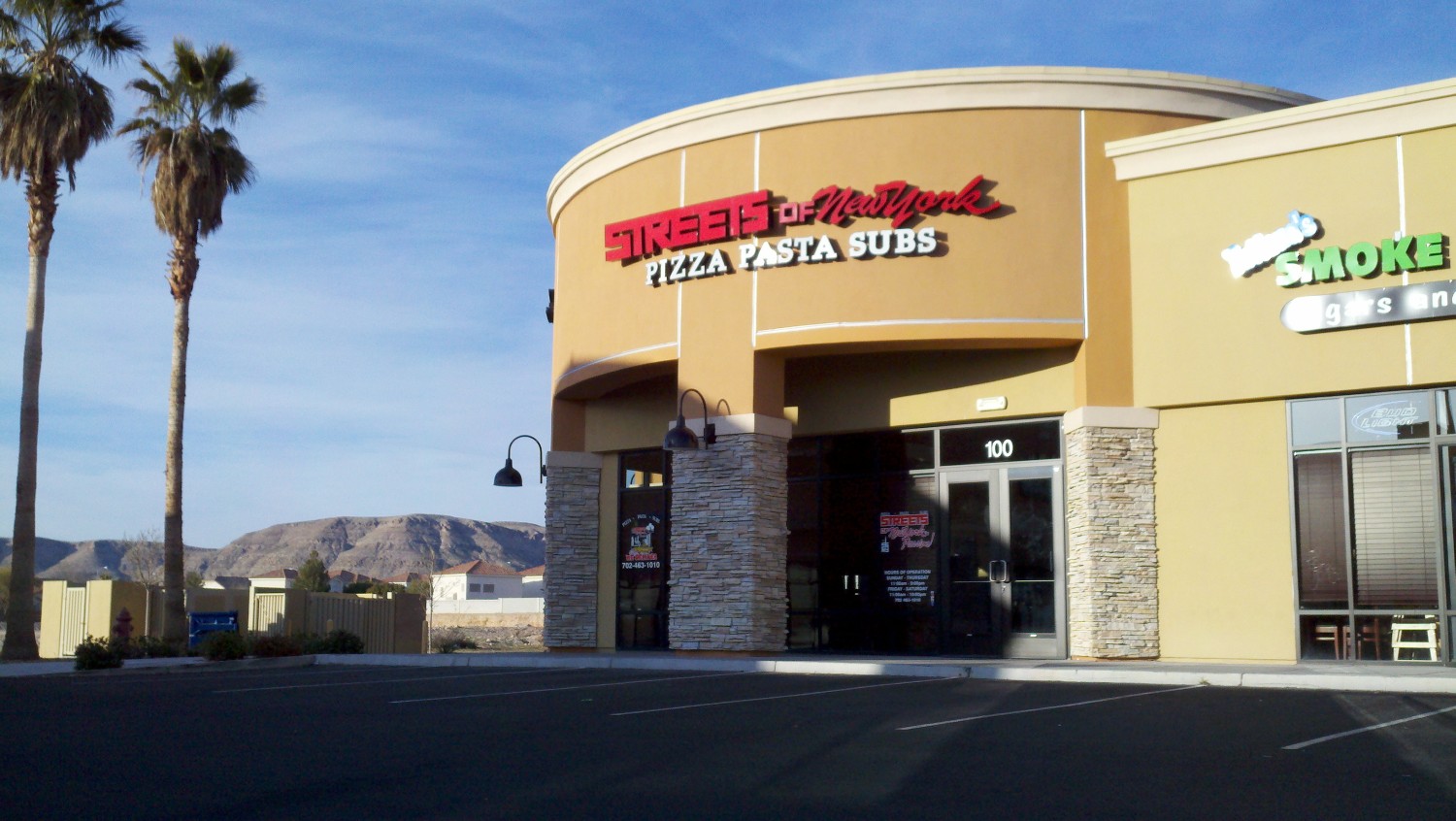 It was a toss up between going to Those Guys Pies which I knew would be good or trying a new place. The first thing to know about Streets of New York is that it’s based out of Arizona and is the official pizza of the Arizona Diamondbacks and Phoenix Suns. I was kind of dreading going to this place. I mean Streets of New York Pizza from Arizona? It kinda sounds like corporate chain pizza. Also the yelp reviews of this place were not that favorable. But I do it for the people (that’s you gentle reader). The goal of this site is to steer you away from the crap and into the gold.

So I order a cheese and pepperoni pizza. They offer three kinds of crust thin, regular, and thick. Normally I’d go for thin but the thin is described as cracker-like which is not what I’m looking for, so I order regular.

When I go into the restaurant it kind of reminds me of a mini BJ’s (the restaurant folks). It definitely feels corporate rather than local pizza joint which is usually not a good sign (although Grimadli’s and Dom DeMarco’s manage to get it right).

Getting into my car the pizza doesn’t smell great. Not that it smells bad, just not like delicious pizza. When I get home and open the boxes I am immediately disappointed even though in a way it’s exactly what I was expecting. It looks abysmal–like bad Dominos.

The crust is too thick for NY style pizza. There is no flop to speak of.

Flop of slice of pizza from Streets of New York

Biting into it the crust is soft and a little overly chewy. The cheese and sauce are bland.

Crust of pizza from Streets of New York

This is some of the worst pizza I’ve had in a while. That said, there is the saying “Sex Is Like Pizza, Even When It’s Bad It’s Still Pretty Good” so it’s not like it’s inedible or anything, just not the kind of pizza I’m looking for. If you’re looking for good pizza and not Domino’s reincarnated as a sit down restaurant, I’d stay clear of Streets of New York. Streets of New York?? Nah more like Streets of Arizona I think.