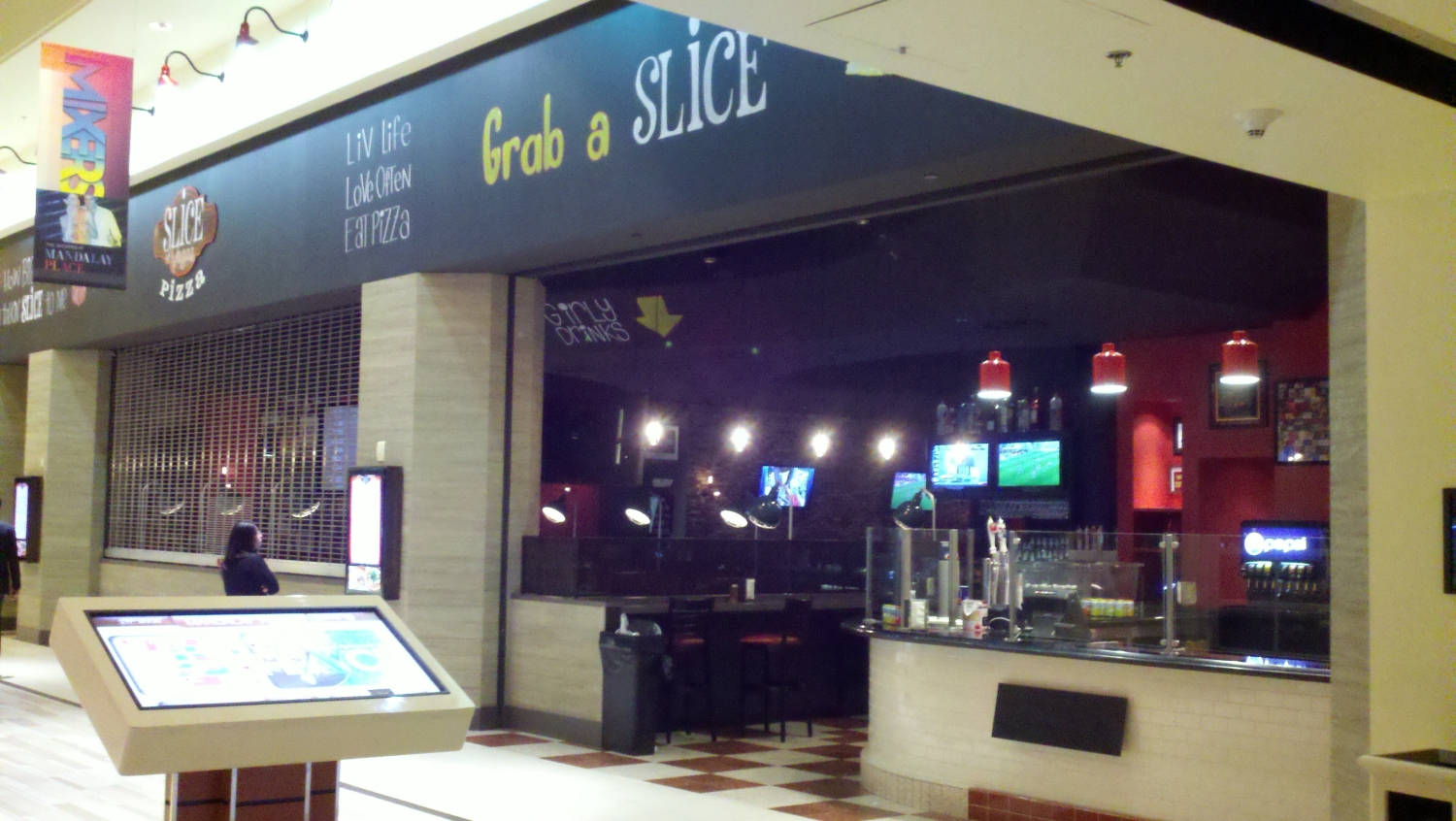 Heard this place was being built a few months ago and was curious to check it out as the pizza game in Vegas keeps stepping up with new places cropping up all the time. Went there last night to see what they were doing. First difference I notice between Slice of Vegas and, say, the Secret pizza place at the Cosmopolitan, is the lack of a crowd. Granted the pizzeria at the Cosmopolitan is located above Marquee, one of the largest nightclubs in the world, whereas Slice of Vegas is located in a relatively low traffic (at least at night) link between two casinos. The pizza behind the counter looks okay and I order a couple slices of cheese and pepperoni. They don’t have pepperoni pizza at the time so they “pepperonify” my pizza by adding pepperoni’s to the already cooked cheese slices. A little disconcerting.

Cheese pizza from Slice of Vegas

Pepperoni pizza from Slice of Vegas

Looking at the slices I see that they are kind of stubby. They are wide and fat but not that long. Normally wouldn’t care but at 4.99 for a slice of cheese I do care. For a dollar more you get an entire large cheese pizza at Jesse’s pizza in Henderson. Ah strip prices…

Flop of slice of cheese pizza from Slice of Vegas

They heat my slices and I dig in. The crust is different from a lot of other places in that it’s really soft. It’s not a bad thing just different, actually I like the softness. It’s night and day compared to the Pizzeria at the Cosmopolitan crust which at times is overly hard and crispy. The pizza tastes good but I’m not that impressed. My girlfriend on the other hand likes it a lot.

Bottom of pizza crust from Slice of Vegas

As far as casino pizza goes, Pizzeria at the Cosmopolitan and Pizzeria da Enzo are both better. If you’re in the Mandalay or Luxor already you should go if you want pizza but I wouldn’t make the trip out of my way to eat here. Next time I’m at at Mandalay and craving pizza I may give them a second shot.