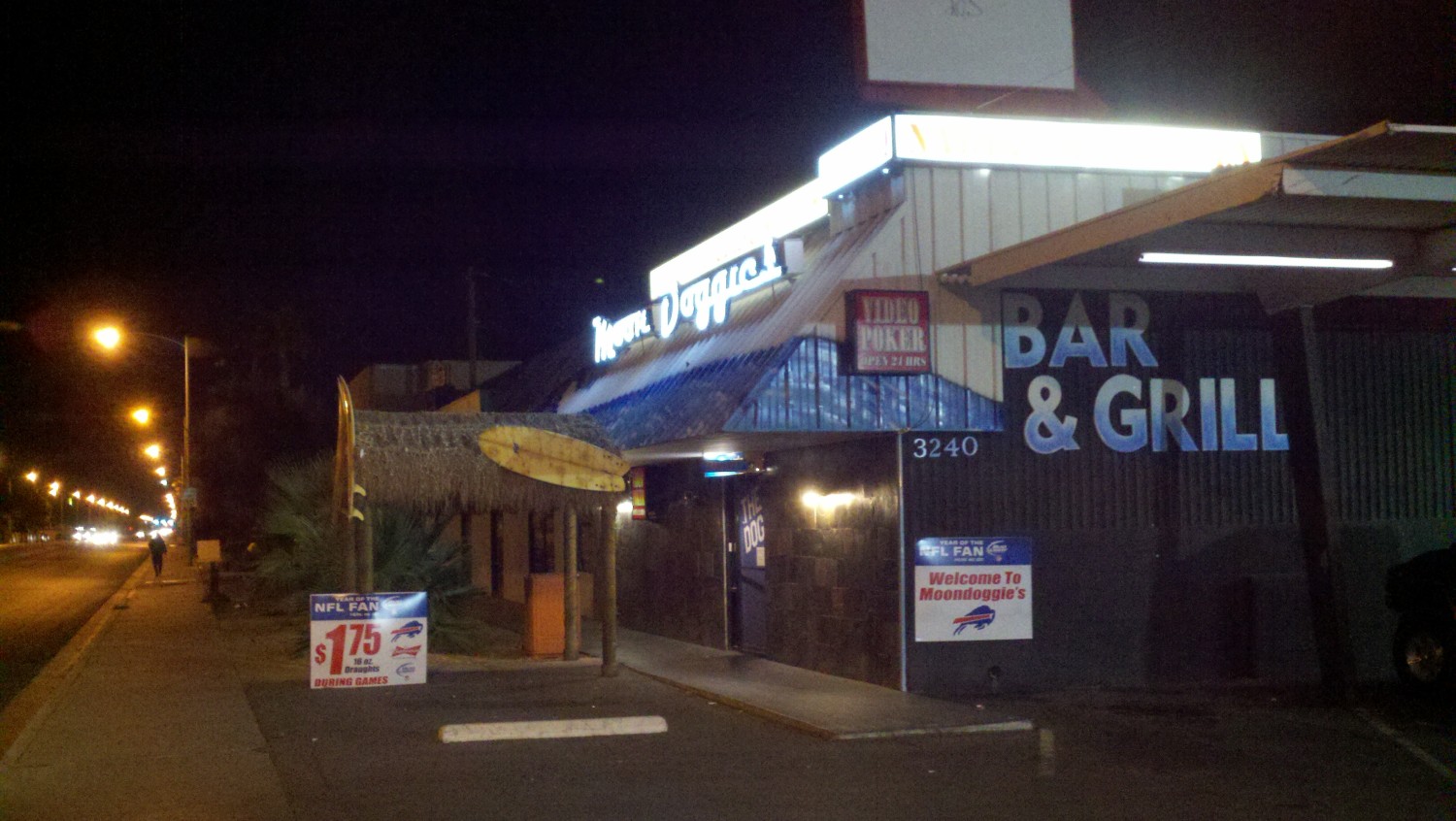 Finally got some pizza from here this past weekend. I’d heard about this place for a while now and more recently on TV on Food Networks Dinners, Drive-Ins, & Dives. I haven’t been super motivated to try this place as I was always somewhat skeptical of a pizza place in a bar. A bar on Arville St no less. Furthermore it’s Sicilian style which is not my preference as I prefer thinner crust.

Contrary to my expectation of it being a seedy place the bar has a warm comfortable atmosphere. They offer three size of pizza: Wee (1/4 sheet), Not So Wee (1/2 sheet), and Frickin’ Huge (Full sheet). I order a “Not So Wee” (1/2 sheet) pepperoni pizza which seems about equivalent to a large round pizza at other pizza places. It’s $13 plus $1.75 for pepperoni for the pie. The pizza is square same as the Dom DeMarco’s Di Fara Special but nearly half the cost. When the pizza comes out it looks decent. I can see the pizza is light on sauce and heavy on cheese. The distribution of pepperonis looks a little sparse.

I grab a piece and take a bite. The first thought that comes into mind is that it reminds me of school cafeteria pizza. It’s way better than that for sure, but that’s what goes through my mind. The pizza is good although to my taste it is not great. For Sicilian style the crust is not too thick, which I like, it seems thinner than the Di Fara Special at Dom DeMarco’s.

Bottom of crust of pizza at Naked City Pizza

The pizza is very light on sauce. This is better than the alternative of too much sauce, but ideally it would have a touch more sauce. The pepperonis are standout, very savory and quite delicious. They taste similar to the pepperoni’s at Dom DeMarco’s which are also very savory.

I enjoy eating it and it has a good taste I’m just not overly impressed. I am interested to try some of their other specialty pizzas so I will probably give them another shot at some point.