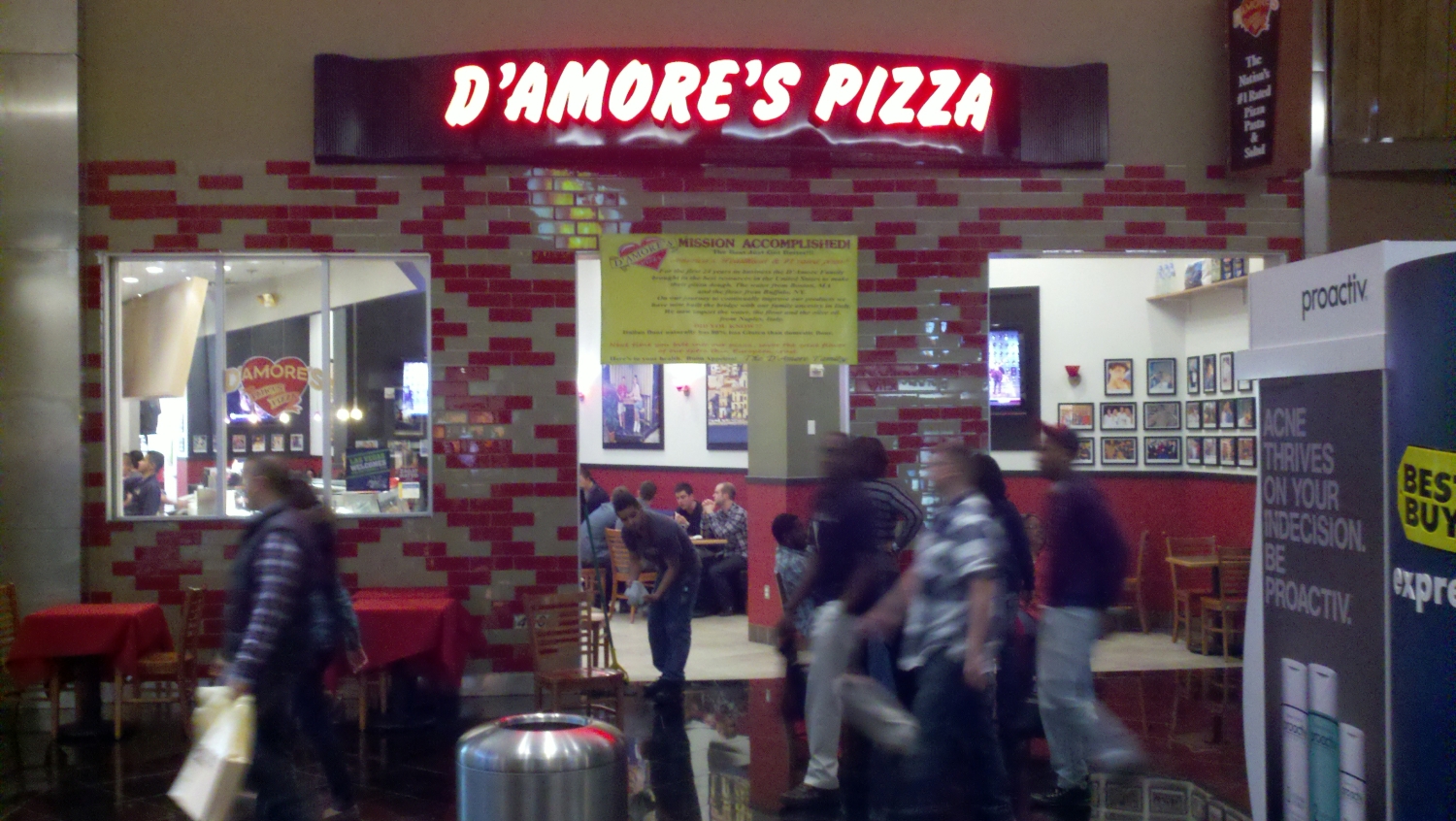 Finally happened to be in Planet Hollywood this weekend so I decided to give it a try. Walking in the place has a chain restaurant vibe. My first impression is that this is like Sbarro’s. Young adults working following the franchise system but I question whether there is craftsmanship in that. A few chain places do manage to do this well, notably Grimaldi’s.

Slice of mushroom and pepperoni pizza from D’Amore’s

Slices of pepperoni pizza from D’Amore’s

First thing I notice is that the pizza is really thin. This may be some of thinnest pizza I’ve had. Thin is good. +1. The slices also have a nice flop to them. +2. Biting into my first slice however I’m struck by the ordinary-ness of this pizza. The best way I can describe is it’s bland. The crust is good I’ll give them that.

Flop of slice of pizza from D’Amore’s

As I read their takeout menu I notice that they highlight the low calorie/low fat nature of their pizza as compared to other pizza places. Uggh is this diet pizza? For example, they show the fat content of D’Amore’s to be 3.8g per slice as compared to Pizza Hut’s 46g per slice. Newsflash I’m not eating pizza to be healthy. There’s nothing wrong with being healthy, I encourage it, but when I’m eating pizza I’m in full enjoyment mode not watching calories mode. Like low fat ice cream or diet soda it doesn’t make sense to me.

Given the disparity in fat and calories between D’Amore’s and other chains I guess the pizza is pretty good considering. However for best pizza in Las Vegas this does not make the cut.